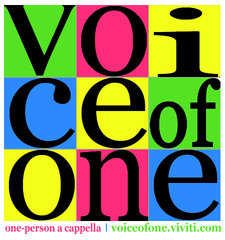 Haven't posted in a while. Was feeling in a slump for not finding any newcomers lately, and then today found an amazing voice that I'm disappointed I didn't find sooner.

Introducing, Peter Hollens, singer/acappella/multitrack extraordinaire. Peter only has a few videos on his youtube but each of them are created to perfection, sonically and visually. Peter's incredible voice drives his songs and the depth behind them leaves you thinking about them afterwards. Often compared to Mike Tompkins, Hollens offers something else- a beautiful, deeper take on songs, departing from the standard radio hit's easy commodity of arrangements. While I think Tompkins is incredibly talented, I feel they excel in different ways and grouping Hollens as a Tompkins shadow is a mistake. Hollens was recently featured on NBC's The Sing Off fronting U. of Oregon's On the Rocks. He's well known in the collegiate a cappella community and has been gaining some momentum in the greater music industry. We're going to see big things from this guy, so stay tuned. (Note: It was very difficult to choose which video to post, but we ended up going with the one that showcased his voice the best. The others are DEFINTIELY worth the watch, and are more cinematically oriented so please take a few minutes and show this guy some support!)
PeterHollens.com  -  Twitter.com/peterhollens  -   Youtube.com/peterhollens  -  Facebook.com/peterhollensmusic

Taylor Hartwell, a newbie to the scene, but offering some pretty good arrangements and vocals to the opac community. At just 18 years old, Hartwell has begun arranging, creating, and producing covers of hit pop songs. Check out this short opac version of "Toxic".

Mayk Eleinyel, another new guy from Spain creates some interesting opac in Spanish. If you're a speaker or just enjoy Spanish music, you will appreciate his covers. And even if you don't speak the language, you should watch his videos, as they are very well made- musically, and interesting to watch visually.